One of Pharmstandard products earned an award of Russian Pharma Awards®

Russian Pharma Awards® is a unique award for Russia, which annually picks the best pharmaceutical products on the Russian market of medicines by direct voting of medical practitioners. The voting takes place on “Doctor at work” network platform: doctors have had the opportunity to express their unbiased opinion since 2012. More than 500,000 doctors of various expertise are invited to participate in the voting.

This year, the awards have been presented in 22 nominations. Expressing their views, doctors could vote for the best medicinal products in a number of categories like: oncotherapy, pain and inflammation treatment, neurological disease treatment, therapy for diabetes mellitus, and others.

According to the results of the voting, medicinal product CONVALIS® by Pharmstandard ranked No.3  in nomination “Medicine of choice for therapy of diabetic polyneuropathy”. Since 2013 CONVALIS® has been actively promoted, resulting in a steady sales growth*. 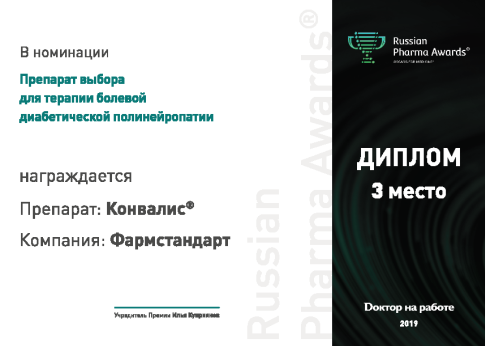 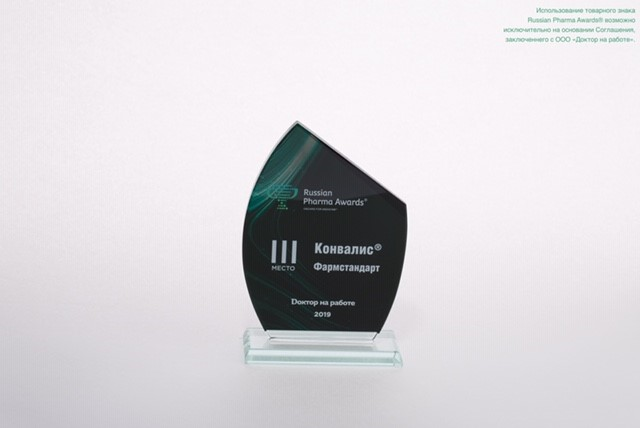